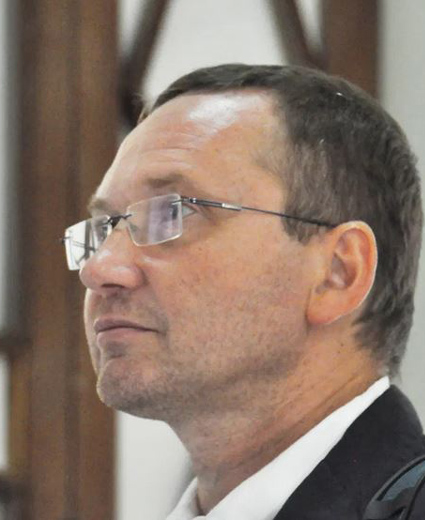 Francesco Panarelli was born on 17 May 1964; he was educated at Giovinazzo (Bari), in a Liceo Classico. From 1983 to 1987 he studied at Scuola Normale Superiore di Pisa; at the same time he graduated from the University of Pisa with a Bachelor of History degree. At Pisa he then undertook postgraduate research and completed his Doctor of Philosophy (PhD) degree in 1993 with a thesis on “Dal Gargano alla Toscana: il monachesimo benedettino riformato dei pulsanesi (secc. XII–XIV)” (rel. prof. C. Violante; corr. V. von Falkenhausen, C.D. Fonseca and J.M. Martin). In April-July 1989 he was awarded a scholarship at the Karl-Eberhard Universität-Tübingen; in November-December 1989 he was awarded a scholarship at the Ecole Française de Rome. In 1994 he was awarded an annual scholarship at the Alexander von Humboldt-Stiftung at the Monumenta Germaniae Historica in München (Gastgeber Prof. H. Fuhrmann). He spent more than twenty years of his career at the University of Basilicata. He has been a Lecturer (Ricercatore) from 1995 to 2000 and a Professore Associato from 2000 to 2005. He became Professore Ordinario (Full Professor) of Medieval History in 2005.                Read more: Newsletter n. 41 (2020), 23-34