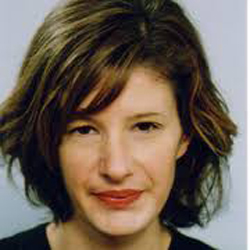 Irena Benyovsky Latin was born in 1970 in Zagreb (Croatia). She graduated History and Cultural Antropology at University of Zagreb, and defended MA thesis at Medieval Studies, CEU (Budapest, Hungary). As a Fulbright visiting fellow, she spent 1999 at Stanford University (California, US). In 2002, she defended her PhD dissertation at University of Zagreb on “Social Determination of the Urban Development: Trogir, 1250-1450”. She participated in workshops of the Venetian International University in 2001/2002 (Medieval Urbanism Workshop) and 2013 (Digital Visualization Workshop).
Since 1997, she has been working at the Croatian Institute of History, from 2019 as scholarly advisor. She has served as the Institute’s deputy director (2007-10). She was co-president of the Croatian National Committee for Historical Disciplines (1999–2004). Since 2009 she has been editor-in-chief of the  Institute’s journal Povijesni prilozi [Historical Contribution].  Since 2014 she has been a head of the Institute’s research programme Urban History of Croatia.
From 1999 to 2001 together with Tatjana Buklijaš she was PI of international scientific project ‘Medieval Hospitals and Medical Knowledge in South-eastern Europe’. From 2007 to 2013 she was PI of the research project ‘The Croatian Medieval Town: Social Structures, Topography and Urban Life’, supported by Croatian Ministry of Sciences and Arts. From 2015 to 2019 she was PL of the Croatian Sciece Foundation research project Cities of the Croatian Middle Ages : Urban Elites and Urban Space (URBES). From 2020 she has been PL of the Croatian Science Foundation research project Topographies of Power: eastern Adriatic cities in medieval spheres of power (TOPOS).
She teaches courses in medieval and urban history at Universities of Zagreb and Dubrovnik (since 2018 as Full Professor). She supervised 5 completed doctoral dissertations on urban history.
Together with Neven Budak she co-organised the International conference ‘Town and Communications’ in Croatian Institute of History (2006). She is the initiator and the organizer of international Trienniale on Towns and Cities in Medieval Croatia (2010, 2013, 2016, 2019). She was the co-organizer of the conference Segregation and Integration in the History of the Hospital (together with Jane Stevens Crawshaw), IUC Dubrovnik, April 2015. She is the author of Medieval Trogir: Space and the society (2009) and co-author (with D. Zelić) of Book of Communal Properties and Leases in Dubrovnik (2007). She was a co-editor of Towns and Cities of the Croatian Middle Ages: Authority and Property (2014) and Towns and Cities of the Croatian Middle Ages: Image of the Town in Narrative Sources: Reality and/ir Fiction? (2017), with Zrinka Pešorda Vardić.
Her research focuses on the medieval urban history of the Eastern Adriatic coast (especially Trogir and Dubrovnik), urban social topography and the development of institutions.

2019.
Urban Elite and the Dubrovnik Area from the Late 13th Century to the Black Death: Mençe and Ljutica Family Estates in the Burgus of Dubrovnik – Three Generations of Neighbours from Two Social Strata, Povijesni prilozi, 56 (2019), 15-73. Together with Zrinka Pešorda Vardić, Gordan Ravančić and Ivana Haničar Buljan.

Immovable Property in Legal Actions as Documented in the Notarial Records: The Case of 13th-Century Dalmatian Cities, Mesto a Dejiny, vol. 7, 2018, 2, 6-54. Together with Sandra Begonja and Zrinka Nikolić Jakus,

Towns and Cities of the Croatian Middle Ages: Image of the Town in Narrative Sources: Reality and/or Fiction? (ed. together with Zrinka Pešorda Vardić), Zagreb: Croatian Institute of History, 2017

The Venetian impact on urban change in Dalmatian towns in the first half of the fifteenth century, in: Acta Histriae 22 (2014/3), pp. 2-44

The estate of the Volcassio family in medieval Dubrovnik, in: Dubrovnik Annals 18, pp. 7-45 (together with Stipe Ledić)

Murus versus montem: Construction of the Dubrovnik fortifications around the suburbs up to the end of the thirteenth century, in: Review of Croatian history 8, pp. 7-36