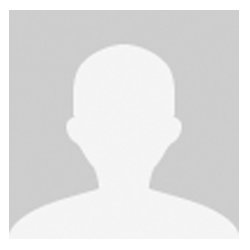 Eino Jutikkala was a grand old man in the Finnish history writing. He was nominated as professor of Economic History in 1947 and later a professor of Finnish History at the University of Helsinki, a position he held until 1974. Eino Jutikkala was an enthusiastic writer, researcher and lecturer until the year 2006. He was a member in numerous scholarly associations and was active in the Finnish Academy of Science and Letters to which he donated 22 million euros designated for research in humanities.

In his research Jutikkala often focused on collective phenomena. He was engaged by statistics, demography and cartography. Suomen Historian Kartasto (The Atlas of Finnish History) was published in 1949. In 1987 Jutikkala’s exploration about demographic trends in the past, Kuolemalla on aina syynsä (Death has Always Reasons) came out in print. During his long career Jutikkala published tremendously on subjects ranging from agrarian history to urban history: for example, Suomen Talonpojan historia (History of Finnish Peasants) and Uuden ajan taloushistoria (Economic History of Modern World) were published in 1942 and 1953 respectively.

As an urban historian Jutikkala wrote on the town histories of both Turku and Tampere focusing on the intense urbanization period beginning in the middle of the 19th century. Moreover, for decades he had a marked influence on the history initiative of the city of Helsinki, first as the secretary then, until 1991, as the chair of the history committee. Abreast with Sven-Erik Åström, Jutikkala was among the first to explore towns in wide international contexts. Jutikkala’s classic 1958 article in the Scandinavian Economic Journal “Planning in Sweden and Finland until the Middle of the NineteenthCentury” is probably among the most quoted articles on the Nordic urban planning. In the article Jutikkala analyses the development of grid plan in the Nordic countries. Nowhere else in Europe is the grid plan used as much as it is in the Nordic towns where the geometry is favorable for it – on a flat landscape it was easy to draft a grid plan. The application of the grid plans was furthered also by the power of the Swedish Crown and its possessions in the towns. Wooden towns were easy to demolish, which often became unnecessary as town fires were so common. Almost as a rule, towns were forced to use the grid plan in the rebuilding after the fires. The Crown’s town planning policies forcing geometrical grid plans, the resistance of the towns, and the discontent of the bourgeoisie in question were of interest for Jutikkala.

In 1999 one of Jutikkalas latest articles “The Great Fires of Finnish Cities” was published in the book Destruction and Reconstruction of towns/Stadtzerstörung und Wiederaufbau/Destruction et reconstruction des villes (ed. Martin Körner). In the article Jutikkala points out that Finnish towns have burnt down at least once in their histories but that they have always risen from the ashes.

Jutikkala utilized a variety of sources in his research of Finnish towns and applied/adapted different methods from statistics to cartography to socio-2008 n° 2920 topographic methods. His socio-topographic analyses of 1860 Turku peasants dwellings and places of business reveals the locations of workshops for comb and umbrella makers, shoeing masters, glaziers and stonecutters. During the 1960s, Jutikkala’s method was adopted by other urban historians.

Jutikkala enjoyed writing town atlases: he edited the historical atlases of both Porvoo and Turku (Scandinavian atlas of historic towns. Finland: Borgå-Porvoo and Finland: Turku-Åbo) which were published by Odense University Press in 1977. They were the first atlases published on the Nordic countries. In 1990 the Kokkola atlas (Scandinavian atlas of historic towns. Finland: Kokkola-Gamlakarleby) was completed by Jutikkala and Marjatta Hietala. Kokkola was chosen for analysis based on its history as a wealthy shipping town on the shore of the Gulf of Bothnia and because a town regulation document that included the compensations the town inhabitants were given after the destructive fire in 1664 had been preserved. The Kokkola historical Atlas, as all the Nordic atlases, includes the socio-topographic analyses, that is the dwellings of various professional groups are marked on the maps.

To conclude, Jutikkala strived for precision in all his urban research as evidenced by his demographic analyses. He preferred to explore long term developments and was careful not to make generalizations based on individual cases. Both in his urban and demographic analyses the people behind the numbers were that interested him.