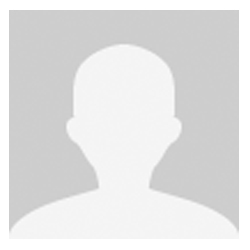 Our honorary member Gearóid Mac Niocaill died on 9th March 2004. He was Professor of History at the National University of Ireland, Galway from 1977 until he retired in 1997. He was a member of the Royal Irish Academy, a fellow of the Royal Historical Society, he received a D.Litt. from the National University of Ireland in 1976 in recognition of his published work. As a member of the International Commission for the History of Towns he hosted the annual meeting of the Commission in Dublin in the 1980s. Gearóid Mac Niocaill was a specialist in medieval Irish law documents. He published a two volume work containing the Latin foundation charters of Irish towns with a commentary in Irish. His decision to publish important scholarly works in Irish, partly in his own publishing house, limited his readership but was an expression of his commitment to the Irish language. He also published on Irish medieval social , ecclesiastical, cultural and linguistic history.

Gearóid Mac Niocaill was born in 1932 in Hull (England). His mother was Irish. He graduated in 1953 with B.A. (Honours) in French and Latin from the University of Leeds. After his graduation he came to Ireland and was awarded a postgraduate scholarship at the School of Celtic Studies of the Dublin Institute for Advanced Studies. In late 1956 he was appointed Assistant Librarian in the National Library of Ireland with particular responsibility for the manuscript section. In 1962 he was awardedthe PhD for a thesis on ‘Cáipéisí i Dli I nGaeilge 1493-1621: an edition of legal texts in Irish, with an English translation and commentary’. He later published some of these texts in Analecta Hibernica, Eígse and the Irish Jurist. In 1965 he was appointed to an Assistant Professorship in the School of Celtic Studies, Dublin Institute for Advanced Studies. His main focus of research was the preparation of a new edition of the Annals of Ulster, a critical edition of the Chronicum Scotorum , on legal texts and on a number of Irish saints who were to be included in the Bibliotheca Sanctorum project directed from the Pontificia Universitas Lateranensis in Rome. Gearóid Mac Niocaill was a scholar of international distinction. He was a courteous man with a strong sense of humour. He was very helpful to younger colleagues, who tried to find their way in the difficult waters of early Irish and Latin texts. We miss him.